This Bards and Bloggers of War course will give students both a thorough understanding of war narratives which have sprung from relatively recent conflicts such as Iraq and Afghanistan, as well as introduce them to basic literary analysis, and give them the skills to perform analyses of their own.

By way of introduction, this course will take students past a selection of narratives and sources which focus on war in the air, giving a first birds-eye view of the different stories which spring from war in the 20th and 21st centuries. Furthermore, the course will delve deeper into a selection of war texts that tell the story of wars during our own lifetime, as well as question the genre of war, and the very idea of telling a war story.

The project includes work of Iraq and Afghanistan veterans. These texts will be mirrored by the theory provided and authors from other wars in previous eras (Vietnam, WWII and WWI). Ultimately, students will be asked to develop their own views on the possibilities and impossibilities surrounding the creation of a war story, narrative or text, by becoming a reporter of war themselves.

Les 1: Confrontation – Engaging the 21st century student. War in the air, according to four sources: media, poetry, memorials and individual students at school.

Les 2: Discussion and Research – Interwoven with lesson 1 is discussion on the given sources. Questions involve localising war, politisizing war and individualising war. One or all discussion points may be taken away from class for further Research.

Les 3: Lecture – Searching for war stories and the ‘truth’ about war. Who tells the story of war? Which stories are the most important and the most credible: who do we believe? What are the ingredients to write a credible war story? 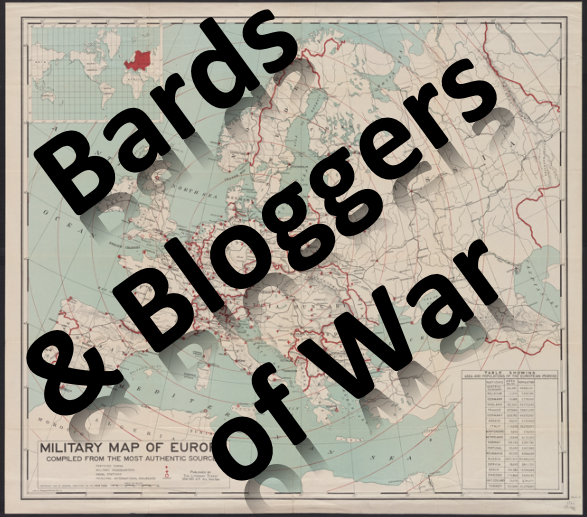